Have you been driving? How many times have you been given a ticket for speed limit violation? 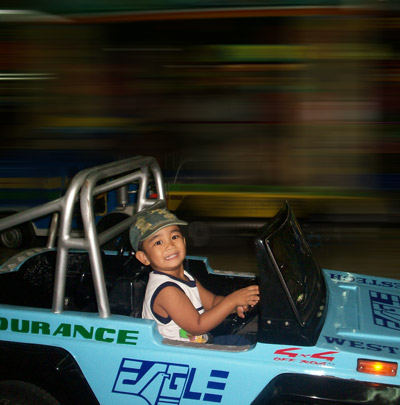 Here’s a touching inspirational story about Jack who was given a ‘ticket’ for over speeding.

Jack took a long look at his speedometer before slowing down. “Wow,” he said out loud, “73 in a 55 zone. The fourth time in as months. How could a guy get caught so often?” When his car had slowed to 10 miles an hour, Jack pulled over, but only partially.

Let the cop worry about the potential traffic hazard, Jack thought. Maybe some other car will tweak his backside with a mirror. The cop was stepping out of his car now, the big pad in his hand. Jack looked in his rear view mirror. “Bob? Bob from Church!?

This was worse than the coming ticket, Jack thought as he sunk farther into his trench coat. Imagine, stopped by a cop from his own church! Stopping a guy who happened to be a little eager to get home after a long day at the office. Stopped by a guy he was about to play golf with tomorrow. Jumping out of his car, Jack approached a man he
saw every Sunday, but a man he had never seen in uniform.

“Hi, Bob. Fancy meeting you like this,” Jack smiled.

“Guess you caught me red-handed in a rush to see my wife and kids.”

“I’ve seen some long days at the office lately. I’m afraid I bent the rules a bit—just this once.” Jack toed at a pebble on the pavement. “Diane said something about roast beef and potatoes tonight. Know what I mean?”

“I know what you mean,” Bob responded. “I also know you have a reputation in our precinct.”

Ouch! This was not going in the right direction, Jack thought. Time to change tactics.

“What did you clock me at?” asked Jack.

“Seventy,” Bob said evenly. “Would you sit back in your car, please?”

“Now wait a minute here, Bob. I checked as soon as I saw you. I was barely nudging 65.”

The lie seemed to come easier with every ticket.

Flustered, Jack hunched himself through the still-open door. Slamming it shut, he stared at the dashboard. He was in no rush to open the window. The minutes ticked by. Bob scribbled away on the pad. Why hadn’t he asked for a driver’s license, wondered Jack.

Well, whatever the reason, it would be a month of Sundays before I ever sat near this cop again, scowled Jack. A tap on the door jerked his head to the left. There was Bob, a folded paper in his hand. Jack rolled down the window a mere two inches, just enough room for Bob to pass him the slip of paper.

“Thanks.” Jack could not quite keep the sneer out of his voice.

Bob returned to his police car without a word. Jack watched his retreat in the mirror. Jack unfolded the sheet of paper. How much was this one going to cost? Wait a minute!! What was this!? Some kind of joke!? It’s certainly not a ticket! Jack began to read:

Once upon a time I had a daughter. She was only six when she was killed by a car. You guessed it – a speeding driver. A fine and three months in jail, and the man was free. Free to hug his daughters – all three of them. I only had one little girl, and I’m going to have to
wait until I get to Heaven before I can ever hug her again. Be careful, Jack. My son is all I have left.

Jack turned around in time to see Bob’s car pull away and head down the road. Jack watched until it disappeared. A full 15 minutes later, he, too, pulled away and drove home, well within the speed limit, where he hugged a surprised wife and kids on his arrival. Life is precious. Handle it with care. Drive safely and carefully. Someone’s life depends on it. – Author Unknown.

13 thoughts on “Over Speeding”