Come on everybody!
I say now let’s play a game
I betcha I can make a rhyme out of anybody’s name
The first letter of the name, I treat it like it wasn’t there
But a B or an F or an M will appear
And then I say bo add a B then I say the name and Bonana fanna and a fo
And then I say the name again with an F very plain
and a fee fy and a mo… and wait, before I get carried away with this song The Name Game, this week’s Mommy Moments theme is about Name Game. And in case you haven’t noticed, I’m posting this earlier than ‘my usual schedule’.

My baby’s name is Sean Francis Keith. Wanna know the history behind his name? 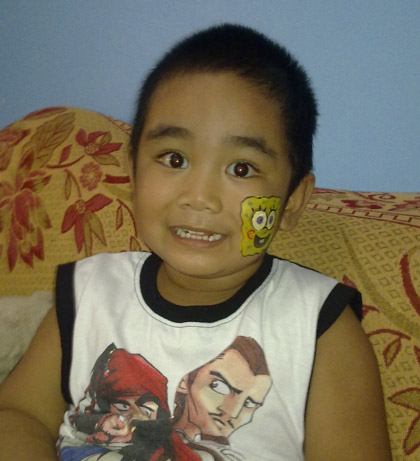 I have picked the name Sean long before I met my husband. When I was in college I’m a big fan of Alaska Milkmen and Sean Chambers is one of my favorite imports. I so like his name that I thought if ever I would have a baby boy I would name it Sean. Not only that, Sean Connery was also my top favorite actor back then.

It was only when I was expecting that I learned the meaning of  Sean. He is surely a gift from God.

Sean comes from the Irish origin. In Irish The meaning of the name Sean is: Irish variant of John: God is gracious; gift from God.

Sean’s second name is Francis, his father’s name which means a free man.

How about you, what’s the story behind your baby’s name?

To know more about other stories you may read it here.

21 thoughts on “The Name Game”