I’m quite late in posting this week’s theme for Mommy Moments, Encounter with Animals or Pets. Better late than never. 🙂

Although we have a dog in the house, ngayon ko lang napansin wala pala silang pic ni Sean together.  So I will just be posting Sean’s other pictures with the animals at the zoo and other places we went to. 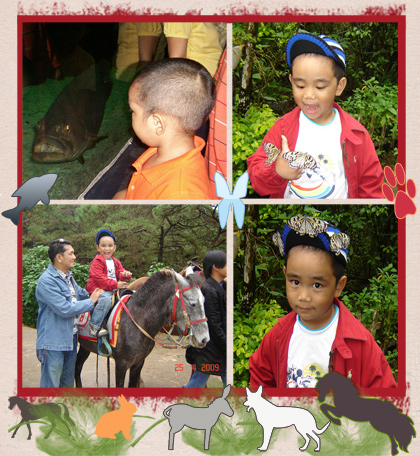 First pic was taken at Manila Ocean Park. Sean was so amazed with that odd looking big fish. Last three pics were taken at Camp John Hay in Baguio City. Sean used to be afraid of animals but now he’s outgrown it. 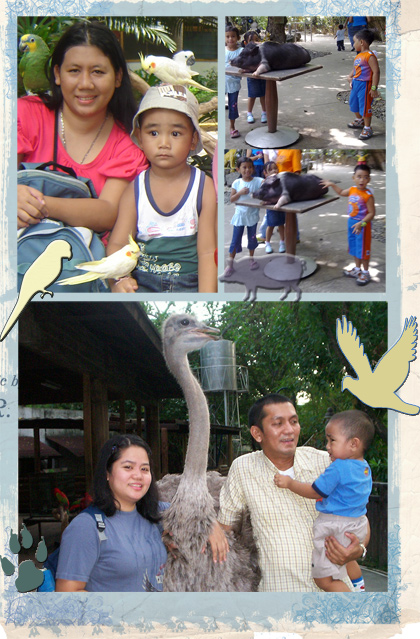 These pictures were all taken in Manila Zoo. Sean was still afraid here when we posed just next to the ostrich at the Kids Zoo, taken when he was 1 year and 6 month old. But 2 and 3 years later he’s no longer afraid. Look how he touches the boar and holds the parrot in the upper picture.

Come join us at Mommy Moments and share with us your special moments with your kids.

21 thoughts on “Encounter with Animals”