Last Tuesday, we went to Manila Zoo. It’s Sean’s 5th Manila Zoo visit, and the first this year. We first went there when he was 7 month old. 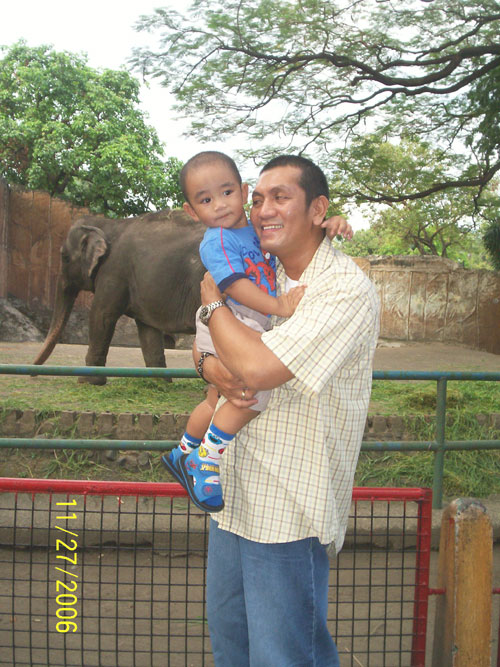 Sean and Daddy at the zoo last year

We decided to go to Manila Zoo again because he’s been telling me he wants to see the elephant, ostrich and giraffe every time he opens his picture dictionary. When I show him our pictures taken at our Manila Zoo trip last year, I saw the amazement in his face, he can’t believe “he actually saw” them already. Now, the more he is interested to have another zoo trip.

I thought our plan wouldn’t push through because it rained while we were preparing to leave. We planned to go last week but it rained so we just stayed home then.

It took us a while to get a taxi so we decided to ride a bus and head to SM Manila, ate at Pizza Hut then ride a jeep going to Manila Zoo. 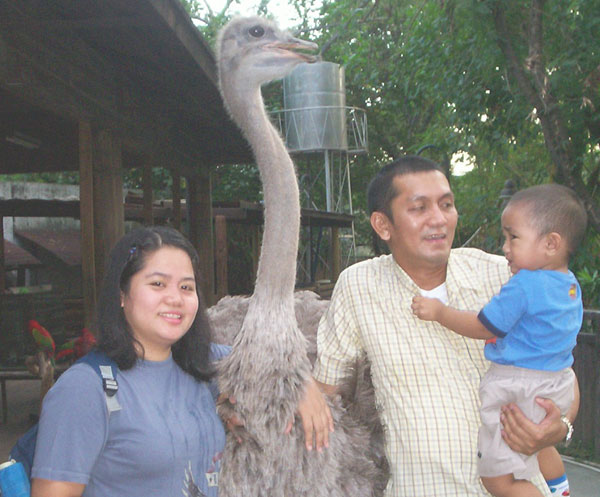 Fun at the petting zoo inside Manila Zoo's Kinder Zoo

When we entered the gate he saw the elephant at the right side. He kept on saying, “Mommy very big oh! big elephant”. He can’t take his eyes off the elephant. Then we moved further to see the pythons, crocodiles, iguana, turtles, hippopotamus, zebra, monkeys, tiger, parrots, doves, pigeons, peacocks, ostrich, rabbits, etc.

He’s looking for the lion, giraffe, camel and other animals but there were none. He saw a giraffe but it’s only a statue.

I was busy taking videos of him as he explore around. Now, whenever he sees his video, he would always tell me he wants to go back to the zoo. 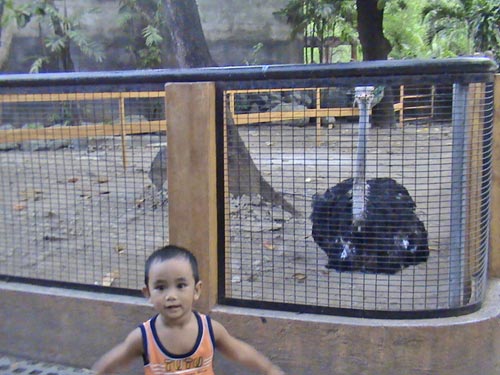