I recently bought a new digicam, a Sony DSC-WX1 from Kimstore. 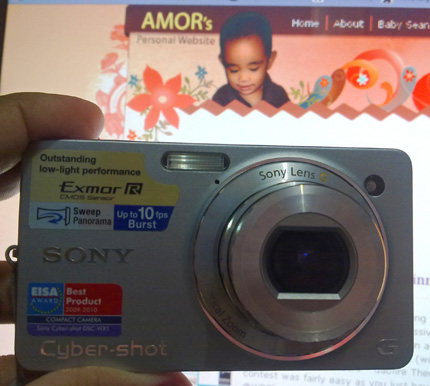 WX1 wasn’t my first choice, but am sure I made the right decision. 🙂

When hubby was in Singapore last April, he said he’s going to buy a new digicam for me. I told him I prefer to buy it here.  I visited Sony Philippines website to look for digicams and so I spotted Sony DSC-W380. Like most of you, Google is my best friend, so I turn to him again and ask where I can read reviews and saw Calvin’s post – 3 features that we like about the Sony Cybershot W380. He enjoyed the Macro shots, Sweep Panorama and Self-timer. He also mentioned that

The W380 is the younger brother of the WX1. They have similar features but the WX1 takes better low-light shots with its Exmor lens.

WX1 is more expensive so I’m still determined to buy W380. I visited Sulit.com.ph and there I saw Kim Lato’s page, Kimstore, I also visited her multiply account. I added her in Facebook, and messaged her in Yahoo. Few days later, I texted her if W380 is available and that I prefer the color pink. (So girly!) She replied that they only have the black color. I said, I’ll wait for a couple of days.

After few weeks I messaged her in Facebook and asked if W830 is still available and that it’s okay for me if it’s black. Sad to say, they don’t have stock of W380, but they have W390. Kim asked if I don’t like WX1. I mentioned about the reviews I’ve read and that it’s spec is similar to W380, except that WX1 is equipped with EXMOR sensor, making it the higher-end equivalent of W380. I asked for her advice and she said getting WX1 is more of an advantage. Her price is also low. 🙂

W380/W390 has 14.1 Mega Pixels and WX1 has 10.2 Mega Pixels. I’m not really after what’s big in terms of pixel, I’m more after the clearer images even in low-light situation and the anti-motion blur. Obviously I opted for Sony DSC-WX1. It has also won the EISA Best Product ‘Compact Camera’ 2009/2010 Award.

I wanted to personally go to Kim’s store but am not familiar with the place so I opted for a meet-up in SM Manila the next day. Glad it was a fast transaction. I need the camera for my best friend’s wedding the day after. 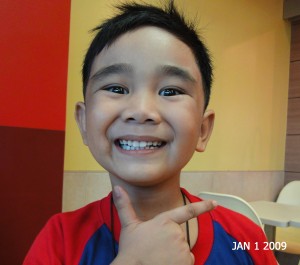 First picture taken right inside Mc Donald's, after the meet-up. Haven't changed the date at that time but it should be June 4, 2010.

Other pics taken while in the bus going to school. I’m looking at the mirror in the bus while taking pics, hehe. 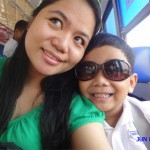 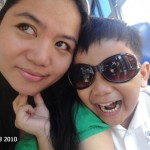 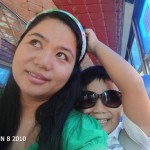