Moving Up Program – Reach for the Stars | Amor's Personal Website

Sean ‘graduated’ from Kinder 1 in PNU CTL last March 15, and he is moving up to Kinder 2 in the coming school year. 🙂 They had a small program at the school auditorium. What I like about their moving up program is that all of the kids participated. 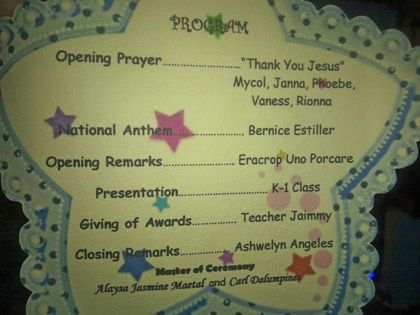 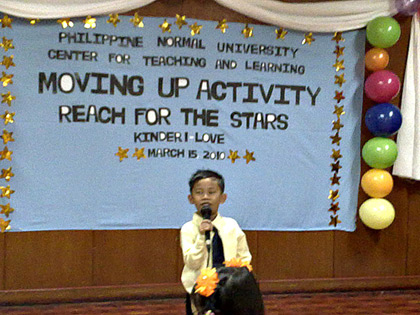 Each child were given the opportunity to have a role. Emcee, Opening Prayer, Opening and Closing Remarks. Speeches were written by their teacher, Teacher Jaimmy Griffins. Other kids (including Sean) danced to the tune of “What Dreams Are Made Of“, while others sang “Reach for the Stars“. 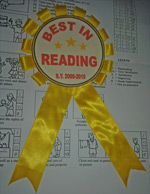 Teacher Jaimmy gave out awards to each child like Best in Academics,  Best in Reading, Best in Science, Best in Writing, Most Punctual, Most Friendly, Most Active, etc.

On one of the last parts of the program, the kids sang “Thank You” and gave out roses to their parents. I was so teary eyed! Didn’t see anyone with dry eyes anyway, hehe!

At the end of the program Teacher thanked the parents for entrusting the children to her. 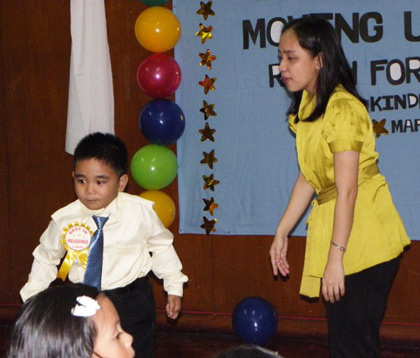 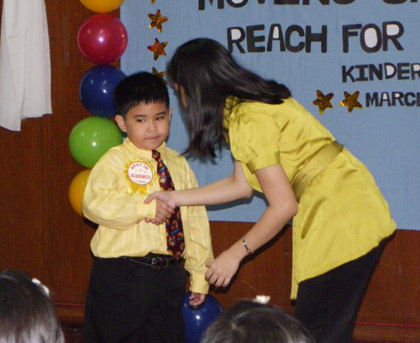 There were no Top Ten in the class and that’s because they do not give number grades. The children were evaluated based on narrative reports or a checklist. Real number grades starts in Grade 1. 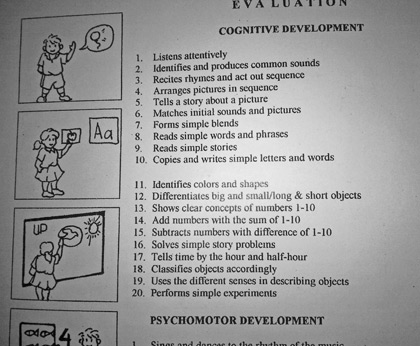 I personally like this approach since I find it more specific. Like for example, Sean could have 98 or 100 in his tests but his “Listens attentively” evaluation had I for Improving on the First Quarter. At the end of the school year, it was already VS – Very Satisfactory. Although he got O – Outstanding in “Adds Numbers with the sum of 1-10” he got VS in “Subtracts numbers with the difference of 1-10“.

He was a little confused on his last Math Test with subtraction. He got it perfectly when the given number was like “10-4” but his teacher tried a different approach on the last 5 numbers and used a drawing. I wonder why Sean wasn’t able to get it when I thought it’s much easier. Other kids got it right. I was so dismayed when Sean wrote “0-0=0” in all 5 numbers. It’s like, hey! where did you get this? He got one correct though, coz one of the right answers was “7-7=0” and since his final answer was zero, his teacher considered that correct. 😀

On the 3rd Quarter evaluation, Teacher’s comment on Sean was

“Very good in reading, however should try to work/finish his work on time”

Haha! that’s because he either play first or play while doing seat work. At one time, he was the last one to go out of the room coz he’s not finished yet. I was waiting outside and wondering what’s taking him so long when almost all of his classmates were already outside.

12 thoughts on “Moving Up Program – Reach for the Stars”