Sean knows how to count and read the numbers from 1-10. He can only count up to 13 or 14. When we went to his Pediatrician last month for flu vaccine, Sean noticed the numbers in the growth chart so we asked him to read it. His Pedia said he’s smart and he asked me if I’m using flash cards in teaching Sean on how to count and read. I said no, we just have a number poster. Forgetful that I am, I wasn’t able to mention that it also helped that Sean love to watch Barney videos and other educational shows. During playtime, we count his toys and other things around. He has also mastered the number puzzle made of wood.

Sean also knows how to read the alphabets from A-Z, but only if it’s in uppercase letter or in capital letters. Although I familiarize him with the lowercase one, I think he’s confused on the lower-case letters that resembles letter P . Even if it’s side-ward, backward or whatever, he still insists it’s P. One time, we watched a video that shows children reading the lowercase letters written in a card. When the child (holding b) said b, Sean said,

I told him that it’s also b but in lowercase letter. Then comes lowercases d and q and he also said the same thing.

Just last night when we were reading his dictionary, I read the lowercase ‘b’ and he said

Malakas ang loob mag korek eh mali naman ‘no! Still he’s insisting that it’s letter P. Hay naku. When I explain to him, he would listen pero the next time, back to square one.

And before I forget (again), when I read to him the letters G and g he corrected me again and said

But I realized that he’s confused because of the way the letters were written or the type of fonts that were used in his books. He will get used to it naman when he gets older.

quite confusing for Sean. 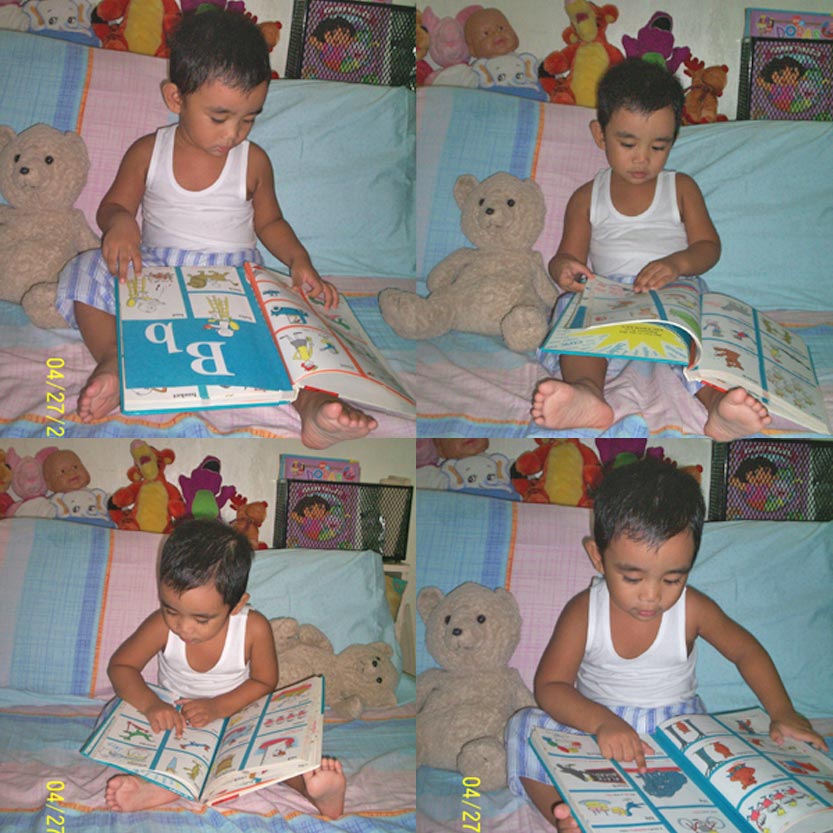 2 thoughts on “Uppercase and Lowercase”