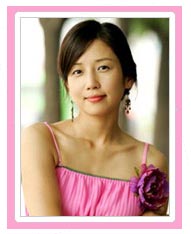 I was watching 24 Oras News last night when I learned that Jung Da Bin is dead. She committed suicide. Here’s what I found in Wikipedia.

Jung was found dead by the police on February 10, 2007, 3 weeks before her 27th birthday, having been strangled with a towel at a friend’s house in the Samseong neighborhood of Seoul. The police are leaning toward suicide, however, they are not ruling out other possibilities yet. She suffered from clinical depression before her death.

Just before her death, her long-time boyfriend had broken up with her. Some of those close to her were noted as saying that she sported scars on her wrists from past suicide attempt(s), going back to her school days. There was also a suicide scare last September. Prior to her death, she posted two messages on her Cyworld page. The first said,

“[I thought] I was going to die because of the confusion. It felt like I would go crazy because I became angry for no reason…I cried because my head hurt so much… I almost became a slave of you, who would be angry from [my] irritability. I thought I would go mad from laughing and crying. I thought I lost myself, and I began to lose a part of my identity. As if something struck me, boom… Everything became serene. The Lord came…[He] silently makes me rise. [He] says that I am now fine. I am fine. ”

The second was a prayer thanking God for saving her and forgiving her. 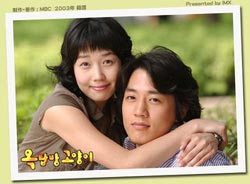 According to the latest report, her death has been ruled as a suicide, a typical death caused by hanging from the neck, the Korea’s National Institute of Scientific Investigation said Monday after conducting an autopsy.

I have always liked Jung Da Bin, but I know her more as Noreen Han, her character in Attic Cat, a Korean romantic comedy series aired in GMA 7 almost 2 years ago. She stars with Kim Rae Won as Kevin Lee.

Rest in peace Noreen! We will surely miss you!