We accompanied Sean on his Field Trip last October 15. Our first stop was Yab Design in Angono, Rizal. It was a wonderful experience. Their products are impressive! No wonder they ship all over the world, with Europe and the USA being their biggest markets.

We’re a little disappointed though because they don’t allow cameras in their showroom. Boo! Other parents said had we known that earlier we would have visited other places instead. 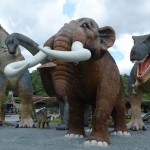 When I visited their website there were some images of full size Dinosaurs. Just wow! Awesome! They were the one who created the dinosaurs who used to be in Baywalk, Roxas Blvd, the dinos in Baluarte (Ilocos), etc.

Here are some of our pics taken in Yab Design Factory. 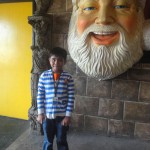 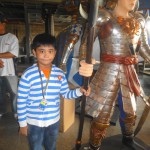 The warrior is a child 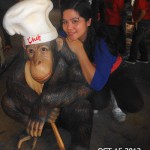 After Angono Rizal, we went to Wow Toy Museum, Quezon City, where you will find all sorts of toys, old and new (1950s to present). 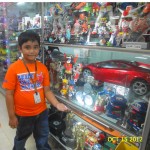 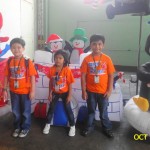 Then we went to A Touch of Aura located at Boom na Boom Pasay City. Their inter-active light musical show is so funny. I forgot to take a pic because I can’t stop laughing! 😀 We also danced when Gangnam Style was played. 🙂 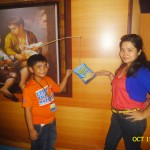 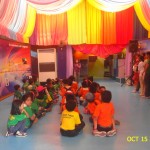 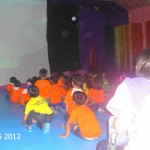 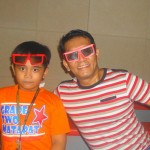 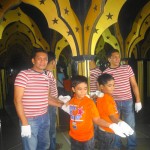 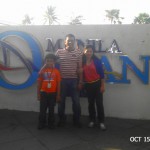 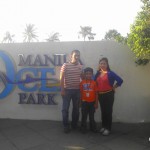 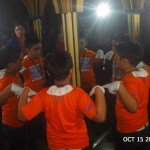