We have long wanted to go to Baguio. We planned it on 2006 but obviously it didn’t push through. We were supposed to go to Baguio on the first week of April but Francis’ sister-in-law told us they’re also going to Baguio coz she is attending the POGS (Phil. Obstetrician and Gynecologist Society) Midyear Convention in Baguio Country Club on April 22-24, so we decided to postpone the trip for 2 weeks.

We went to Baguio on April 23-26.  We left early so we wont be late for our 12:15 trip schedule. We boarded a Victory Liner Deluxe bus (with CR). We were five in the group, me, Francis, Sean, my mom and my sis.

We were already in Baguio at 5AM. 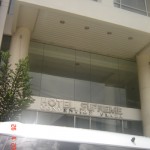 We don’t know where we’re going to stay. I inquired in La Brea Inn few days before we left but I was told they’re already fully booked. Ang dami kasing conventions sa Baguio on that week pala. While we were waiting at the Bus Station, a tourist guide approached us and gave us some flyers on where we could stay. Most of the Hotels were fully booked, if not, wala namang available na Family Room. We then decided to stay in the Supreme Hotel and Convention Center. We liked it compared to the other hotels.

We were tired and still sleepy so we slept until 11AM and went to SM Baguio to have lunch in Jollibee. Si Sean pa, mukhang Jollibee yan. Then we went to Burnham Park, nag boat-riding, nag bike, naglakad-lakad, yun lang ang ginawa namin on the first day. 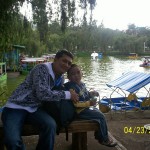 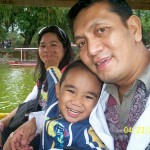 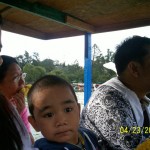 On the second day we went to PMA and went back to SM Baguio for lunch. We met Francis’ brother and sister-in-law there. We ate at Max’s Restaurant. Then it rained, so we just stayed in SM playing in Quantum.

We went to Manor Hotel where Francis’ brother stays. They were convincing us to transfer to Manor Hotel but we refused, ang mahal kaya dun, haha! We would be adding P900 pa from our current room rate in Supreme Hotel. Pero ang ganda sa Manor Hotel ha, I so love the place. 🙂 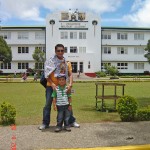 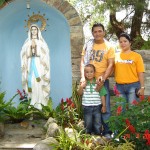 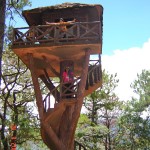 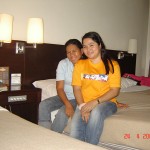 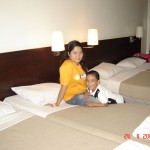 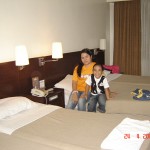 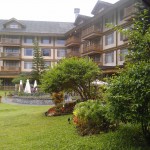 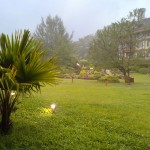 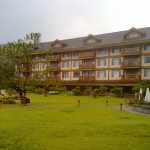 After that, we went to Mines View Park, grabee ang daming tao, tapos umulan pa so we had to leave earlier.  We then proceeded to Good Shepherd Convent to buy some Ube Jam and Peanut Brittle, in fairness, masarap mga products nila doon. Must buy talaga. 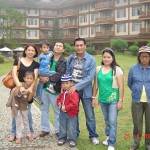 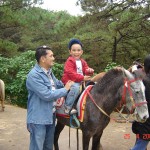 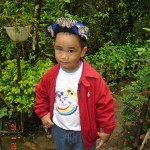 We had lunch at Gerry’s Grill, Sean and his cousins were roaming around the place, ang kulit, muntik tuloy matapunan ng waiter ng sabaw, haay! As usual, umulan ulit so we stayed in SM Baguio, the kids played at The PlayMates Learn and Play Center and Quantum.

On the fourth and last day, we attended mass at Our lady of Atonement Church (Baguio Cathedral), then we went to Lourdes Grotto, The Mansion and Wright Park. 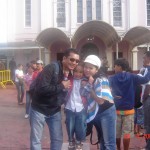 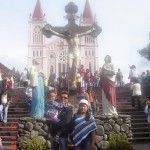 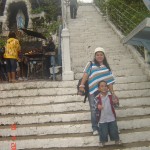 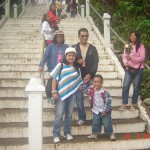 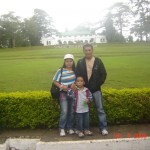 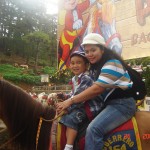 At syempre, on our way home, bumaba kami ng van to pose with the Lion King 🙂 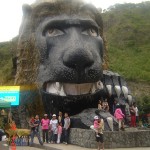 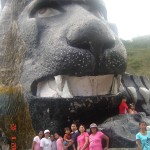