Sean’s K2 graduation was held last week, March 14 at the Philippine Normal University Auditorium. I was surprised with the awards he got, it’s unexpected. I only knew it when his name was called to receive his graduation certificate.

He was first to be called since our surname starts with A.  While we’re going up the stage I heard Sean’s recorded voice and his pictures were being flashed on the big screen. He said he wanted to be a fireman. That’s the first time I heard that. Previously he wanted to be a doctor, policeman, taxi driver, calesa driver, bus conductor, designer, etc.

Then I heard Best in Math, Best in Reading, Best in Language and Most Behave. I was so overwhelmed! Most Behave? Seriously! Sean’s so hyperactive. Can’t believe he’s behave in class. Well, good job baby! 🙂 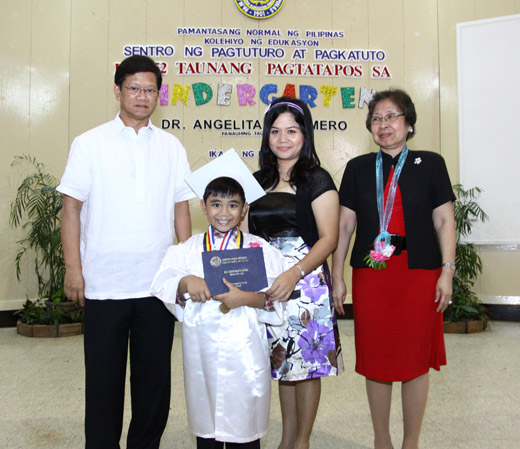 I learned that the Guest Speaker Dr. Angelita D. Romero is the author of the book The boy and the Wolf (retold), the same book Sean was reading when he was 3 years old and still learning to read. Had I known earlier, I would have brought the book and had it signed. 🙂 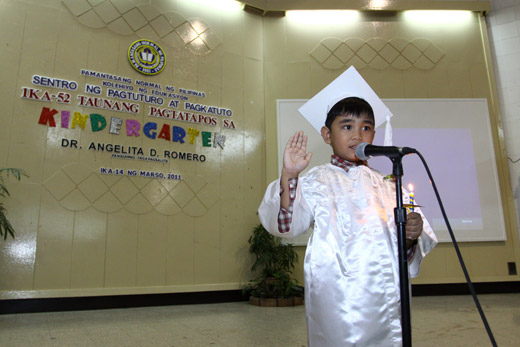 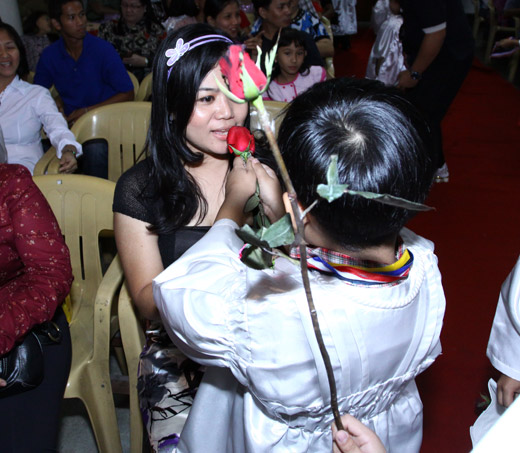