Video Games As Educational Research Tools
As some of us already know, video games can be used in terms of enhancing one’s educational knowledge and capacity. Often times, video games are also used by those people who conduct research and analysis of a certain person’s behavior or attitude. Below is an article originally posted by Dr Mark Griffiths.

Video games can clearly consume the attention of children and adolescents. However, it is important to assess the extent that video game technology had an impact on childhood education. Since video games have the capacity to engage children in learning experiences, this has led to the rise of “edu-tainment” media. Just by watching children it becomes very clear that they prefer this type of approach to learning. However, it appears that very few games on the commercial market have educational value.

Some evidence suggests that important skills may be built or reinforced by video games. For example, spatial visualization ability (i.e., mentally, rotating and manipulating two- and three-dimensional objects) improve with video game playing. Video games were also more effective for children who started out with relatively poor skills. It has also been suggested that video games may be useful in equalizing individual differences in spatial skill performance.

Check out the whole article by Dr Mark Griffiths via this link. 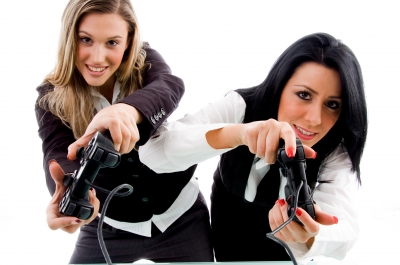 In an article posted at health.yahoo.net, it says that:

Surprisingly, the violent games that parents deplore often have “the strongest beneficial effect on the brain,” the Wall Street Journal recently reported, “These are not the games you would think are mind-enhancing,” said cognitive neuroscientist Daphne Bavelier, who studies the effect of action games at Switzerland’s University of Geneva and the University of Rochester in New York.

Sports and fighting video games can create a dramatic level of pain distraction, according to research by Bryan Raudenbush, associate professor of psychology at Wheeling Jesuit University. In one of his experiments, volunteers played various video games with a one-handed controller, while the other hand was immersed in water chilled to a frigid 3 degrees Celsius.

While parents are understandably concerned that video games will distract kids from their studies, the game World of Warcraft (WOW) was used as a teaching tool by Swedish researchers. In a year-long study, they used the game in all of their lessons to help “under-motivated” teens who ranked as the poorest performing students.

You can read the full article by clicking here.

About The Author
Ron L. is a blogger who is fond of playing video games online. He is a video game tester jobs fan and writer as well.